On July 17th, the CLAT Consortium released an official mock test for their Undergraduate candidates.

This was done online on a platform which had a plethora of errors.

As soon as the mock test was submitted, students started reaching out to us with complaints, requests, and questions regarding the same.

The biggest concern was whether the main exam is going to be on similar lines.

Is there a point in developing a mock test which has completely different rules than the original exam?

CLAT 2020 is going to be comprehension based, therefore all questions will be based on a passage.

However, in today’s mock test, the students complained of the text being too close with less spacing thereby making it tough to read. This consumed more time than the students had expected through their practice sessions.

Ask anybody who has taken CLAT till date, they will advise you to either take a shot at G.K first since it takes the least amount of time or attempt your strongest subject first so as to solve more questions with a fresh mind in your forte.

However, this can be done no more. The mock test had a fixed sequence of sections which the students had to follow.

Moreover, one could not go back to a section if there is time left. Once you have submitted a section, you can say goodbye to taking a shot at questions you missed.

Some students complained that the newly added Quantitative Techniques section, which is supposed to have graphs, charts etc, had some errors. Many questions did not have graphs while they attempted the question but appeared after the mock was submitted.

This left many students with lesser marks in this section.

As far as memory serves, CLAT has not allowed the use of calculators to solve the Maths section, not even the computer-based ones.

However, this year, out of nowhere on the screen. While this may be a result of the changed pattern/rules, there was no formal mention in the notices that were released.

Students who had worked hard to develop a speed advantage complained this dilutes their efforts and chances to gain an advantage.

Mock Test but No Marks

After the test was submitted, one would expect there would be marks or explanations on the screen or on the mail.

Sorry. Nothing of that sort happened.

Students who were hoping to get an insight into their preparation level had to leave empty-handed.

From the late notification on change in pattern, the delay in sample papers, constant postponement of the exam and not this mock test, it has been one thing after another.

We hope these issues are dealt at the earliest and the mock on July 24 would be free of these errors.

If you have a similar complaint/query/question write to us at aditya.anand@lawctopus.com

Take a look at our mock test for CLAT.

Aditya Anand
Aditya is 93.1% sure that he knows Japanese. We think he speaks Japanese in Bhojpuri accent. 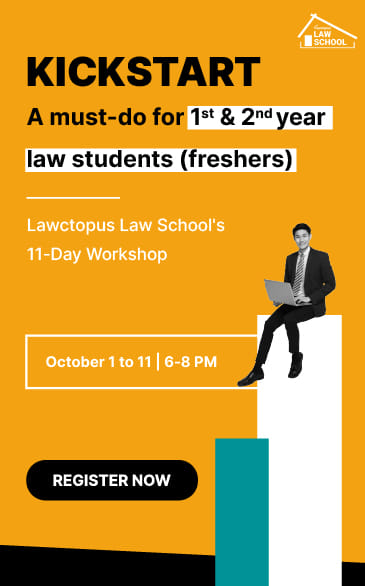